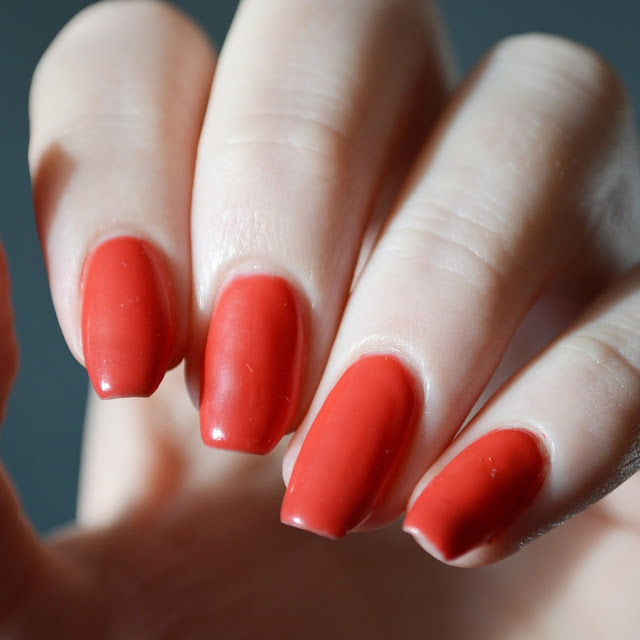 Hello!
I’ve been fighting an ongoing battle with gel for a couple years now; I’ve never been able to get a set to cure properly until just now.
I got a few polishes when I was reviewing for Born Pretty a few years ago, and I had also picked up some mini-kits at the drugstore, but no matter what brand I used, I always had problems with shrinkage or the polish just wouldn’t cure properly. I used to change my polish almost every other day, so gels never appealed to me until now since the main benefit is the wear time.
As of late, I haven’t had as much time to change up my polish. I’ve either had bare nails *gasp*, or chipped nails in between each design.
So I started researching into gels and I picked up Sally Hansen Salon Gel Kook A Mango to experiment with, and I was able to iron out most of the kinks in my technique! 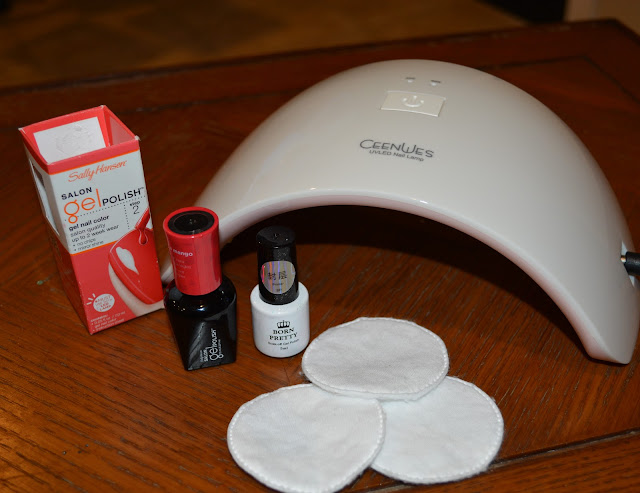 I started “flash curing” each nail as I worked my way through each hand. This is where you cure the individual nail for around 10 seconds to keep the polish from shrinking around the edges and cuticles. I also tossed the cheap cleanser I had been using and switched to plain old rubbing alcohol.

Apparently, all the cleansers that nail brands sell are basically just perfumed rubbing alcohol with a colorant. I had been using a mini LED light that came from a Fuse mini-kit, I think it was the root of a lot of my problems since it had a low wattage.

I got this Ceenwes LED/UV 24W lamp off of Amazon, and I’ve been very happy with it! I had some reward points floating around on Born Pretty so I have some new pots of gel coming in the mail, once I get my hands on them I’m planning on doing a little series about putting together your own gel kit. I know it can be a bit daunting in the beginning, what with choosing a lamp, polishes, base/topcoat, so I want to share my experiences with you all so that you can have fun with gels too!

Have you played with gel before? If so, what’s your favorite brand?