These nails were originally going to be very cool indeed, because I got my hands on one of those NFC light up stickers, and I was going to make miss anglerfish’s lure light up, but my sticker refused to co-operate so I ended up with boring non-lighting up anglerfish.
But I’m still proud with how these came out, the reason I put the lure on my thumb instead of the neighboring nail, was that the sticker refused to curve to that nail, so I switched it to my thumb because that nail is less curvy. And then the sticker didn’t work, and blah, blah, blah. 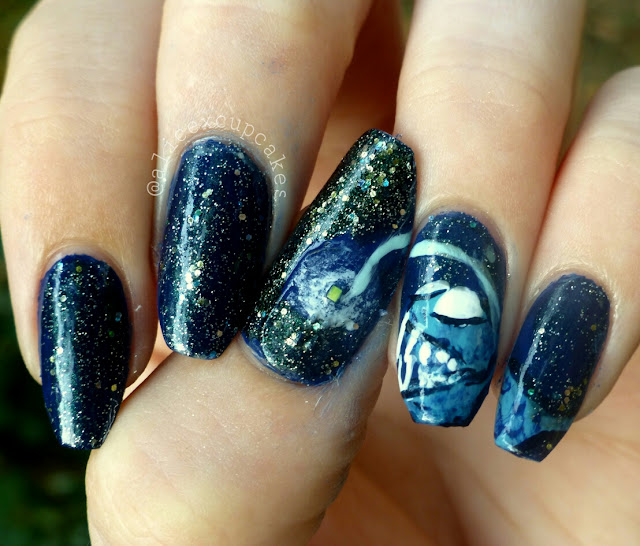 I used this image as inspiration, and then threw in a ton of glitter for the hell of it. Well deep sea water isn’t that clear, so why not use glitter instead of mystery murk? I used the appropiately named e.l.f Deep Sea as my base, and then a ton and a half of polishes for miss fish, that I have no hope of recounting for you. 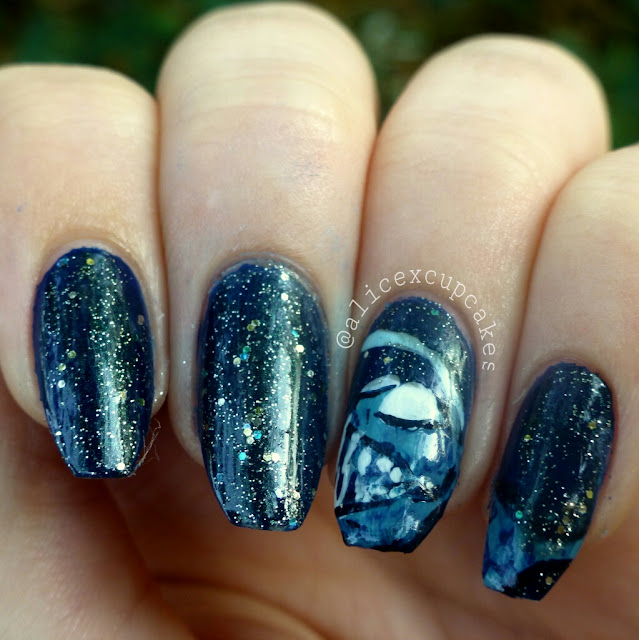 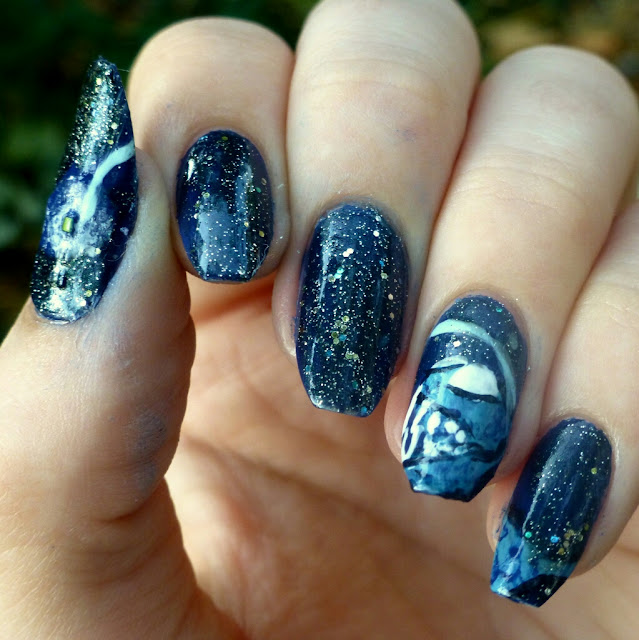