If you didn’t pick up on it from my strange post title, I painted some Coraline nail art! I love Coraline and realized a couple days ago that I hadn’t done any nail art for it, so I had to fix that! I listen to the soundtrack from the movie frequently too, it reminds me of some of Danny Elfman’s songs (he composed the soundtracks for the new Alice in Wonderland & Nightmare Before X-Mas). 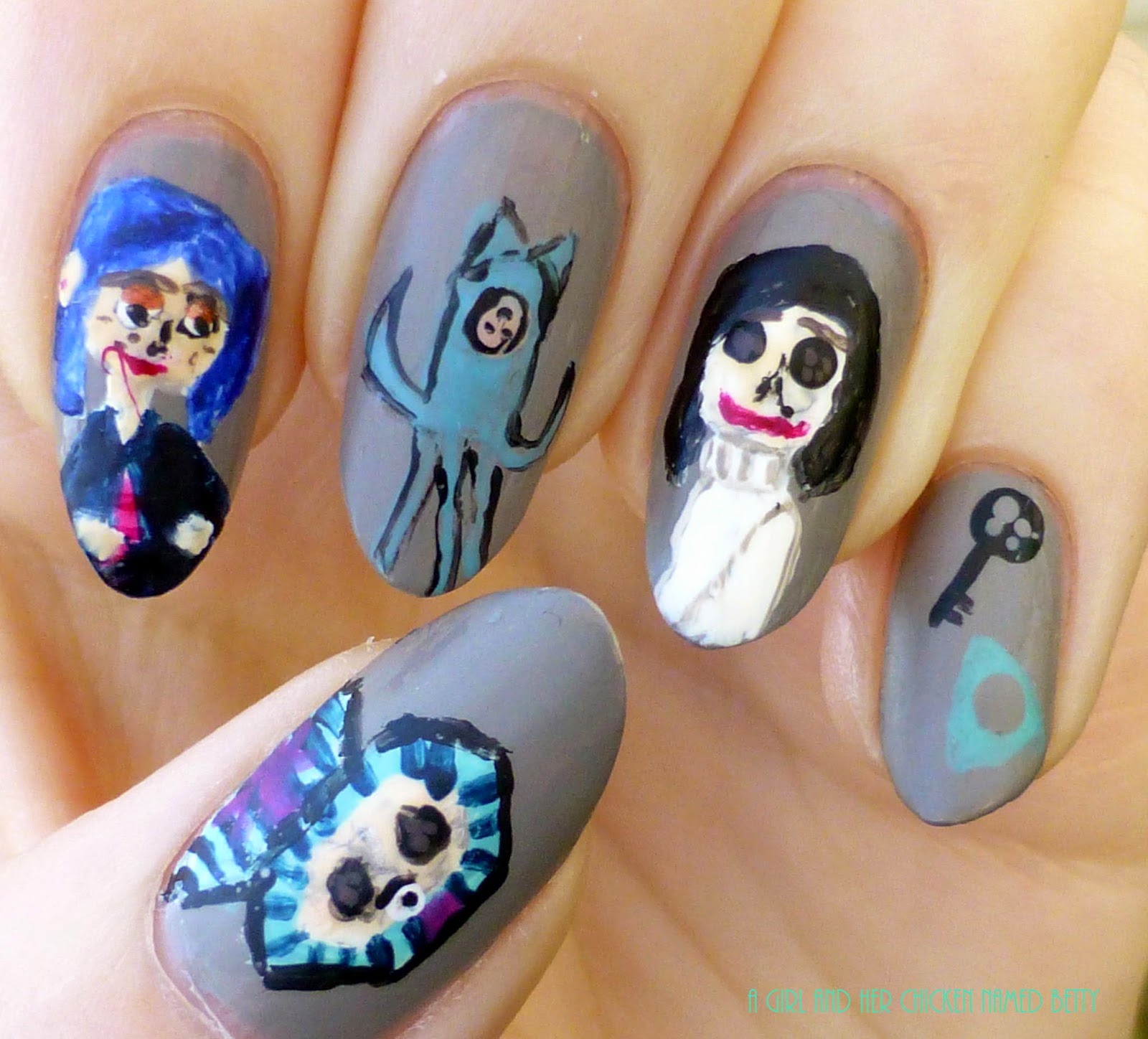 I started with a base of OPI French Quarter For Your Thoughts and then all the detailing is a mix of nail polish and acrylic paint. I painted Coraline on my index, the pig/squid that’s in her “other” room, Other Mother on my ring, the seeing stone and button key on my pinkie, and the box that her “other parents” gave her with the needle, buttons, and thread. 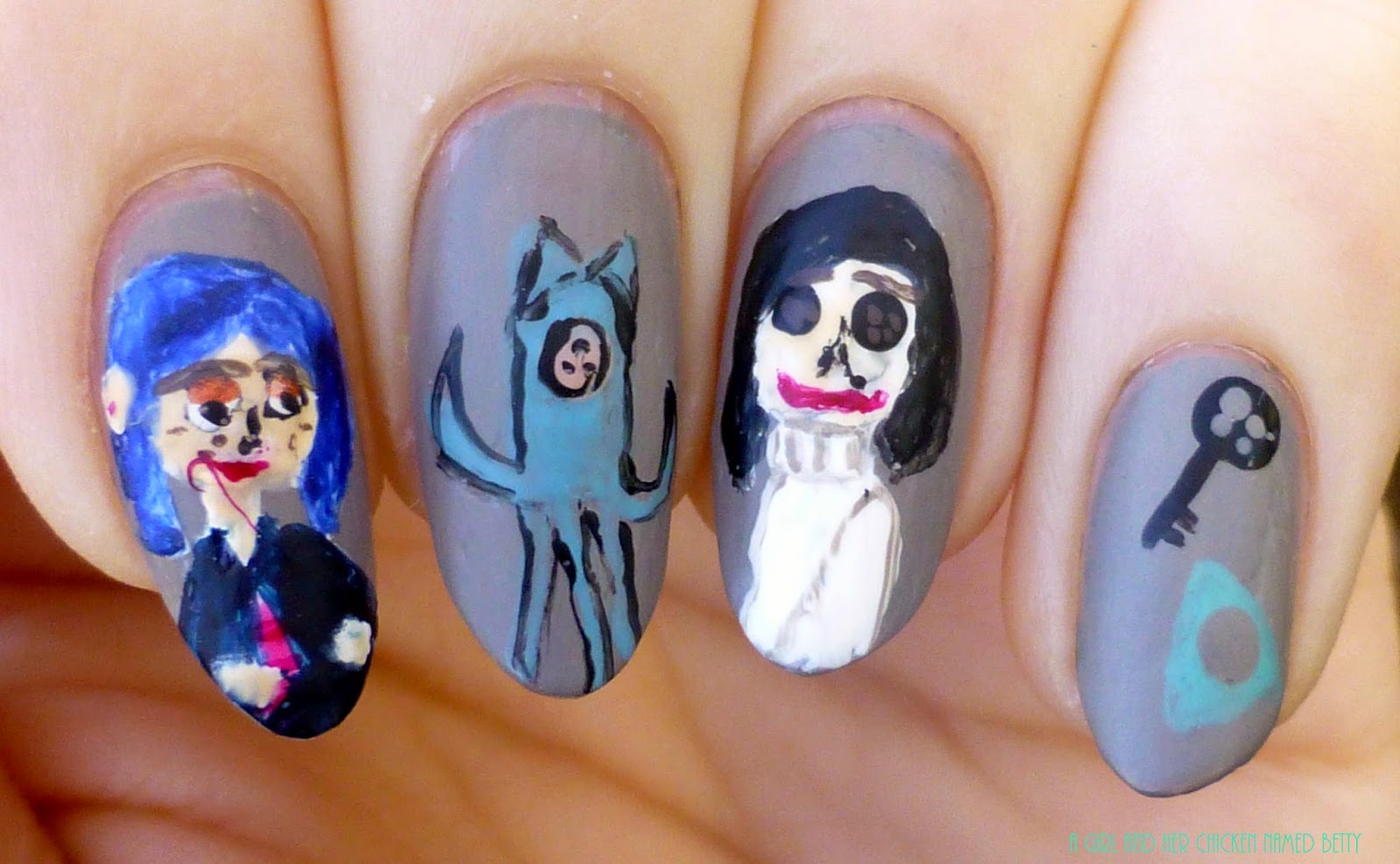 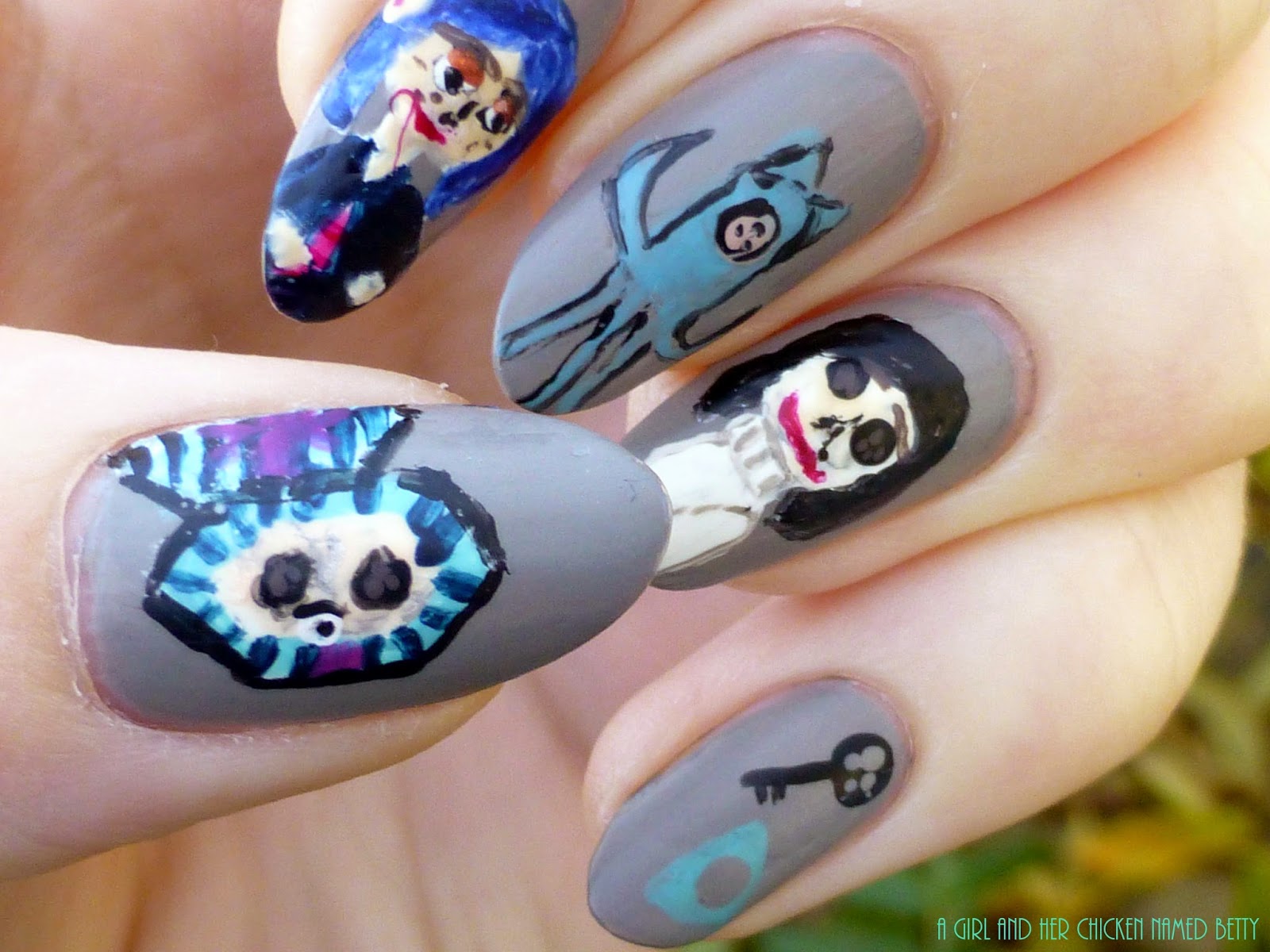 Thanks for the visit!

link to How Much Should I Be Spending on Skincare? How to Stop Overspending

It can be extremely easy to overspend on skincare nowadays with single products being priced at $60-120 a pop! There is no magic number I can throw at you, but I can break down the numbers so you...

The ingredient list on the back label of a skincare product might look like ancient Greek to the uneducated eye when you first try to decipher your product, but we're going to change that! I'm going...

I’m a skincare and beauty nerd that watched way too many episodes of MythBusters in my impressionable youth which lead to the creation of GirlChickBetty. I love to break down skincare myths and truly put products to the test!

GirlChickBetty is a participant in the Amazon Services LLC Associates Program, an affiliate advertising program designed to provide a means for us to earn fees by linking to Amazon.com and affiliated sites.